Virtual = Reality: Gaming and the Future of Storytelling 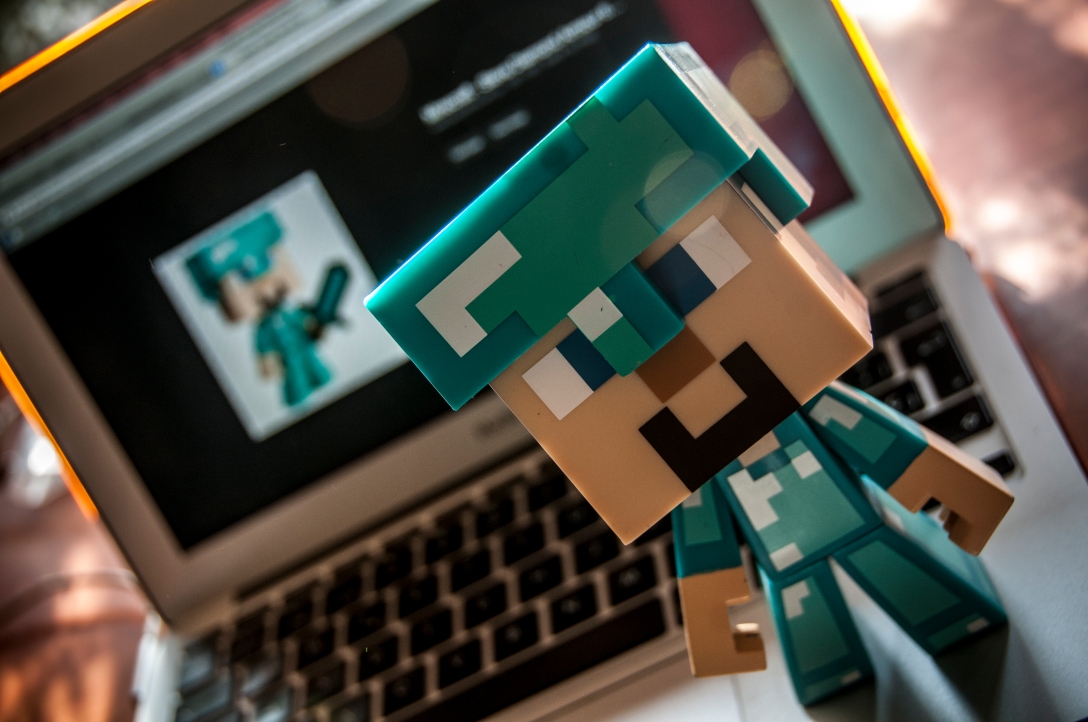 “Steve with Diamond Armor” by Lizardi Saucedo – Own work. Licensed under CC BY-SA 4.0 via Wikimedia Commons

Light shed on digital distribution: How the ‘super show’ format banks on Gen Z’s impulse to co-produce our world.

On February 24th, 2015, Lionsgate Entertainment (“MadMen” and “Orange is the New Black”), announced on PR Newswire, they would be making a significant investment to Telltale Games— the indie gaming developer/publisher behind interactive episodic hits like “Walking Dead” and “Game of Thrones”—in part, to develop the Super Show”. The interactive game and TV hybrid allows users a chance to impact elements of the scripted show or game–depending on which way the content is first consumed. For example, if you play the game first, elements of the scripted show will be affected and vise-versa. It’s the most encouraging attempt at combining the success of the premium VOD (video on demand) style narrative with the gaming industries audience defining interactive virtual world. “The Super show”— promises to satisfy their, “next generation audiences across a broad range of platforms.” Essentially, it presents users with the opportunity to leave their digital, physical, emotional, and psychological imprint on the content they consume.

“Passive entertainment is dead,” Wired Innovation contributor, Sean Brennan, categorically established in a conversation we had about the entertainment of the future.  Brennan, along with his colleagues, are Gen Z gurus. He is the principal consultant at Continuum and leader of Sea of Z—a project of their behavioral trend center, NXT.  Understanding the future is how he’s able to design products, shows, marketing tools, and business models across industries for some of the largest companies globally. After all, he explains, “Gen Z are our future employees, creators, audiences, and consumers.”

The demand for VOD skews towards both the Millennial and Gen Z. But it is with Gen Z we see striking changes in the way our world is seen, consumed and digested. These digital natives—having life-long access to search engines and mobile phones—are known for their short attention spans and post- 1998 birthdates. They were born into a recession and terror threats lending them to be much more pragmatic in goal-setting  and resourceful self-learners. As Sean puts it, “… they know they can’t have it all.”

This attitude not only affects the goals they set for themselves, but also what kinds of experiences satisfy them.  Brennan highlights one of the fundamental differences between the two generations: “For the Millennial, status was immersion in an experience; for example, going on a trip to the arctic… as a source of fun, leisure, and status.” For Gen Z, he contrasts: “…fun is about being involved in the creation of an experience. They need to be collaborating on how those experiences are being brought to life.”

Today, you don’t have to go to the arctic to have an authentic icy experience. You can go on your PC and play “Never Alone”, a video game based on and to preserve the oral tradition of the Iñupiat tribe of Alaska. As Simon Parkin’s highlights in his article for the New Yorker about “Never Alone”, “…Video games are well suited…to render in exquisite detail historical places and periods, and even the societies within them—the environments and systems that facilitate story creation in the first place. This is why the gaming industry has dominated in providing users the tools to produce unique co-production experiences for themselves.

A game like “Minecraft”, Brennan illustrates, “gives Z-ers a platform into a virtual world, where the developers say:  ‘here are the tools and now you are a part of creating it’. They invite friends to join and co-build their worlds with them.” “Then”, he continues, Gen Zers take it a step or steps further: “…they leave that world and go to YouTube.  There, they watch videos that teach them how other people build and act in their [virtual] worlds. They leave virtual tributes in their virtual worlds for their virtual teachers… all whilst simulcasting and socializing.” In this model, social media has given them the glue to connect both virtual and reality.

Returning to the example of Never Alone, Parkin notes: “Players are often cast as a game’s protagonist, with an active role in its story, where they cannot help but see things, at least superficially, from a new perspective. Never Alone… offers a way…to experience life as an Iñupiat girl.” In real life, buying and playing the game gives users a practical way to preserve the tribe’s oral traditions and economy.

Choosing to experience life this way, may be why Sean describes Gen Z as, “young grandparents—kind of no fun” in comparison to the “wide-eyed experiencer millennial.” The Internet and games have provided digital natives with a plethora of truly globally shared experiences. While they may not be headed for the arctic, Brennan optimistically points out, “they are out there to solve the big problems, this is why you hear about the Gen Z kid inventing a way to clean up the plastic in the ocean. They may in fact save us all, because they know they have to.”

The concept of being the protagonist of one’s own world is not just inherent to the gaming experience. Being at the center of your virtual world is what has defined the younger generation’s social media experience.   Consider, the ‘selfie’ and it’s use on Facebook and Instagram, for example. They are used to being instantly gratified–“liked”, and commented on—the moment they upload content to the virtual world. These messages are often shorter and more visual. With a projected 8-second attention span and unlimited amount of social media platforms to feed their ever-growing impulse for feedback and entertainment, the future generation is unlikely to stay engaged solely with traditional linear storytelling.

“They experience stories like a web”, Brennan explains, “…There is no more beginning middle and end. You fall into a story and if you are interested in that story, you will begin to explore it… it might exist partially as a video, partially as a written story, or interviews, events … by your level of interest, you can dig as deep through those levels as you desire.

Jake, 12, one of the many interviewees in Brennan’s Sea of Z project, explaining how he interacts in his webbed world. Copyright Continuum

The collaboration of Lionsgate and Telltale comes at a time, Nielsen Report’s Dounia Turrill (Senior VP of Insights), calls a “modern day goldrush”—a time of high risk and return, with low consumer confidence—as highlighted last month in Variety. The Nielson Report, published in March, shed some light on an important trend that gives digital investors a bit of a guiding light: more than 40% of households subscribe to a VOD, of those, most subscribe to more than one and use multiple mobile platforms.

Basically, households are going digital, a lot of content consumed is created for a digital savvy audience and those households are using the more convenient mobile devices to consume content, more often. All these findings, Turrill sums up, “are changing the way we look at the consumption of traditional media”.  For companies, this means looking at how the audience’s idea of entertainment changes with their new consumption habits.

Lionsgate and Telltale, both have an impressive track record in transforming and catering to new forms of and platforms for entertainment, but that doesn’t equal success. “The Supershow” is not the first of it’s kind—the transmedia industry has been plagued with many high profile failures. However, the thinking behind adding the interactive gaming aspect of the show is one step closer to the virtual world where the audience can be “the actor looking out”—which is what Brennan foresees Gen Z wanting from their entertainment in the future.

In an interview that breaks down the anatomy of “The Super Show” with Entertainment Weekly Telltale’s CEO, Kevin Bruner explains,  “The goal is to create products that have a legitimate chance of winning both a Golden Globe and a Game of the Year. This means both aspects of the productions must be first class work.”

Getting to that point however, the partnership must overcome the challenges of very different production styles and cutting edge innovation in platform development, to make the user’s experience as convenient and seamless as possible. This doesn’t even account for other challenges inherent in both industries, like the uncertain state and future of broadband infrastructure and piracy issues, to name just a couple. But the two industry giants have proven very successful using Lionsgate franchises like “Walking Dead” which Telltale effectively transformed into a video game that sold over 8.5 million interactive episodes.

A Place Where Stories Can Be Created

Choice filled interactive games have taught young Generation Z-ers that they can make a difference and define themselves virtually. The high profile marriage between gaming and scripted premium shows is the recognition that their “future audience”, expects to see themselves in entertainment they consume. Moreover, being a good storyteller means re-defining traditional media at the speed their audience is consuming it, with the tools that are most convenient to them, in the realities they perceive them in.

Brennan’s advice for companies wishing to compete in this digital “gold rush”?:

“You need to have something good to get them to react to but you need to stop thinking about just stories and think more about places stories can be created.”